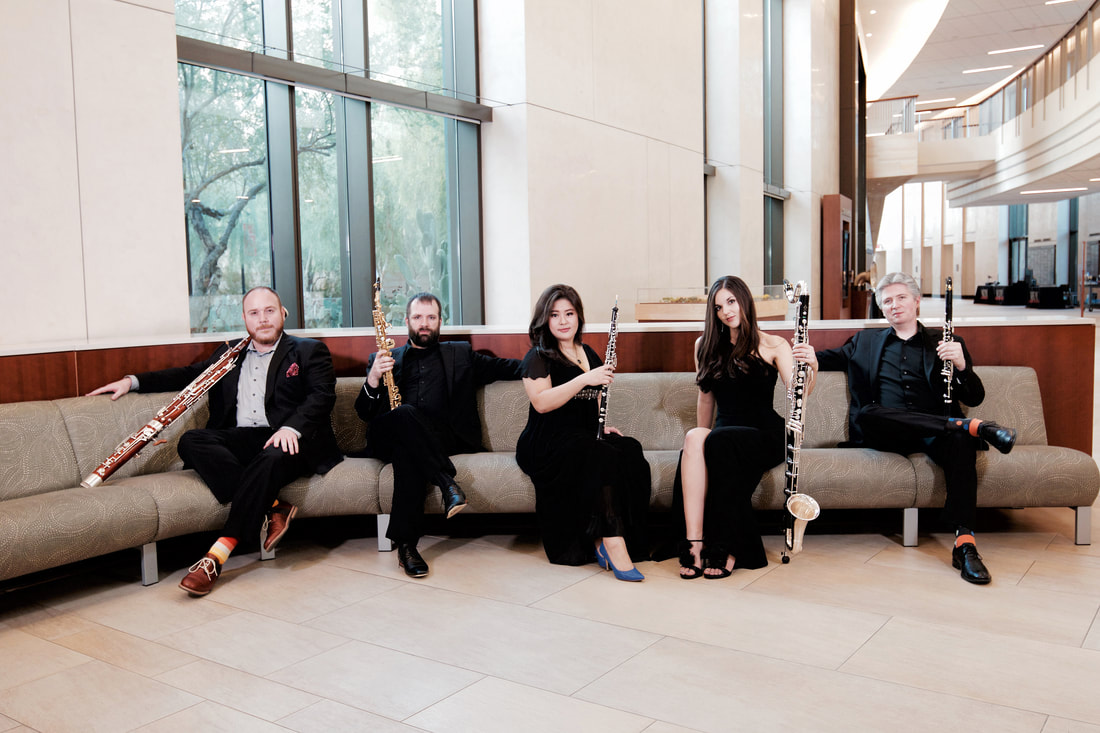 Paradise Winds, a Phoenix-based reed quintet, met while pursuing graduate studies at Arizona State University and have been performing together since 2009. Recipients of the February 2018 Silver Medal - Outstanding Achievement by the Global Music Awards, Paradise Winds appeared to over a million weekly listeners on American Public Media’s Performance Today in 2011 and 2013. In recent past, Paradise Winds was featured guests of the Arizona Wind Symphony, and premiered an original commission, Eyes to See Them, Lips to Tell by Alyssa Morris in Granada, Spain.

Active teachers, members of Paradise Winds hold positions at Arizona State University, the Maricopa Community Colleges (Phoenix-area), the Musical Instrument Museum, give local educational seminars, and have served in positions and residencies at colleges and music programs in the Western U.S. and abroad in Europe and the Middle East.

Their most recent album, Journey on a Comet’s Tail, was released in 2017 on the Soundset Recordings label, and they are currently preparing a new release featuring music by Alyssa Morris, Robbie McCarthy, Christopher Weait, and Marc Mellits. 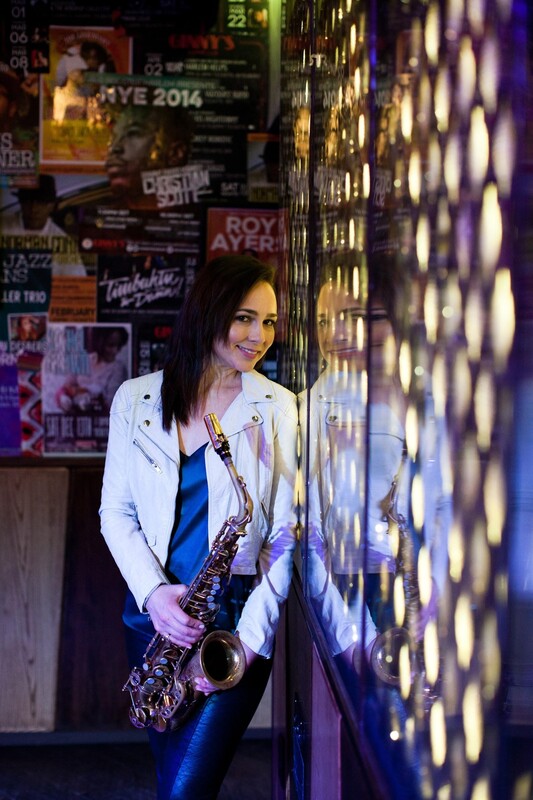 Sharel Cassity (pron. "Sha-Relle") is a musician well established on the New York and Chicago jazz scenes. Listed as "Rising Star Alto Saxophone" in Downbeat Magazine for the past decade, Sharel has appeared on the Today Show, won the 2007 ASCAP Young Jazz Composers Award & has been inducted into the Oklahoma Jazz Hall of Fame. Her four albums released as a leader have received top-rated reviews in publications like JazzTimes, Jazziz, Downbeat & American Indian News & earned her a cover story in Saxophone Journal. Cassity's latest album, "Evolve," was recorded and distributed on her record label, Relsha Music.

Sharel appears in publications "I Walked with Giants" by Jimmy Heath, "AM Jazz: Three Generations Under the Lens" by Adrianna Mateo and "Freedom of Expression: Interviews with Women in Jazz" by Chris Becker. An alumnus of  IAJE Sisters in Jazz, Betty Carter's Jazz Ahead, and the Ravinia Summer Residency, Sharel has received  Downbeat Student Music Awards for Best Jazz soloist, Composition, and Ensemble.

Currently, Cassity accepted a temporary full-time position at the University of Wisconsin-Madison as Professor of Saxophone for the Fall 2019 semester. Additionally, she has three adjunct positions in the Chicago area at Elgin Community College, Columbia College, and DePaul University. Between 2016-17 Sharel taught internationally as the Woodwind Professor at Qatar Music Academy in Doha, Qatar.

Moving frequently throughout her childhood, Sharel graduated high school in Yukon, Oklahoma. In 2000 she moved to New York City and relocated to Chicago in 2017 with her family. As a person of Native American heritage (Cherokee, Comanche & Sioux), she strives to be active in the Native American community. Sharel is a proud Vandoren Performing Artist.