*The following list is in alphabetical order and has been updated on July 24, 2018. The biographies and photos were approved by the performers for social media purposes. 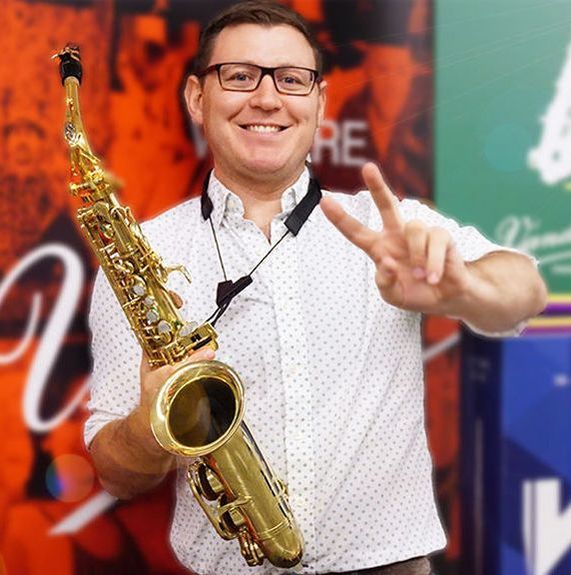 Andrew Somerville seeks to promote the saxophone through performance, pedagogy and scholarship. His research explores intersections between his instrument and homeland, and his recital performances have included Scottish premieres of major repertoire. Andrew’s concerto engagements include: Ibert’s Concertino da Camera with Southbank Sinfonia at London’s Cadogan Hall; the Glazunov Concerto at the Edinburgh Festival; and the American premiere of Cornel Taranu’s Mosaiken II with the Illinois Modern Ensemble.

Andrew was a founding member of the Sirocco Saxophone Quartet. Hailed as an “Extraordinarily talented foursome,” Sirocco were Park Lane Group Young Artists and performed regularly at major London venues, including St Martin-in-the-Fields, Purcell Room, and Wigmore Hall. He has worked with the Royal Scottish National Orchestra, the BBC Scottish Symphony Orchestra and Scottish Ballet. Andrew has also performed at the BBC Proms and participated in a corresponding panel discussion live on BBC Radio 3.

As a Vandoren Regional Artist, Andrew has presented clinics throughout Illinois, presented at Butler and Ball State Universities, and adjudicated the Chicago Woodwind Ensemble Competition. He previously held teaching positions at St Andrews University and the Royal Conservatoire of Scotland; and assistantships at Northwestern University and the University of Illinois. Andrew is a DMA candidate at the University of Illinois, where he pursued additional studies in college teaching. He received his MM form Northwestern University and was the first saxophonist to be awarded an Artist Diploma by London’s Royal College of Music. His teachers include Debra Richtmeyer, Frederick Hemke, Kyle Horch, and Josef Pacewicz. 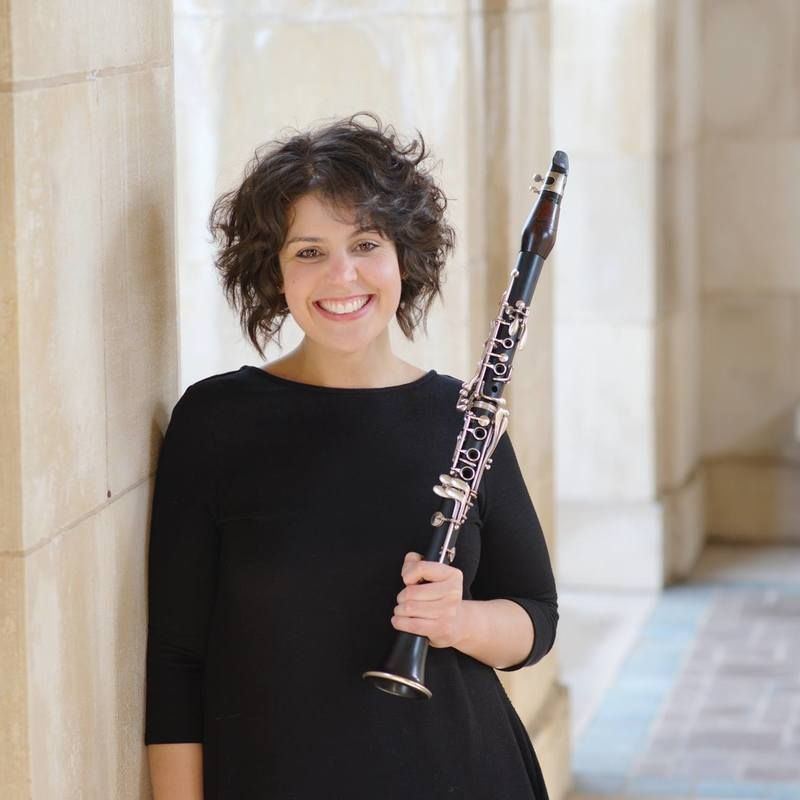 A charismatic performer and teacher, clarinetist Dr. Tiffany Valvo is currently the Assistant Professor of Clarinet at Virginia Commonwealth University. Tiffany has been a lecturer of music at both Nazareth College and Syracuse University, and has performed at the Sante Fe Chamber Music Festival, the Kennedy Center, with the Richmond Symphony, Rochester Philharmonic Orchestra and Tallahassee Symphony Orchestra, has been on international tours with the American Wind Symphony Orchestra, and a participant in the Brevard Music Festival, Boston University Tanglewood Institute, the Eastern Music Festival, and the CCM Spoleto festival in Spoleto, Italy. Intensely curious about how to teach and learn music most effectively, Tiffany has presented on pedagogical strategies related to the clarinet, music theory and aural skills at national conventions such as the International Clarinet Association Conference and the Music Theory Pedagogy Conference. Tiffany holds a Doctor of Musical Arts degree and Masters Degree in Performance and Literature from the Eastman School of Music and a Bachelors Degree in Clarinet Performance from Florida State University, with additional studies in chamber music completed at the Trossingen Hochschule für Musik, Germany. 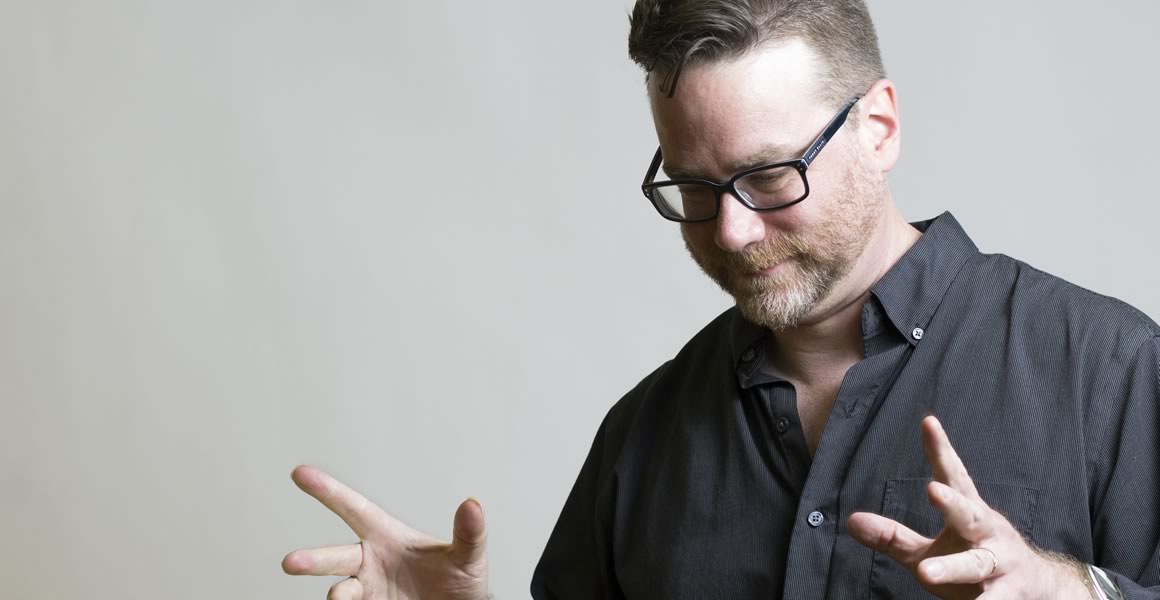 Gregory’s earliest musical training began at age 6 in professional summer stock theater companies, and continued through both schooled and self-guided explorations through the American folk music of the 1960s, bebop and free jazz, and Western classical music of the late 20th century. He continues his study of sounds to those from around the world, to draw from a variety of musics to inform his continually evolving voice.

Prolific in all musical media from solo instrumental works to music for chorus and orchestra, Wanamaker’s best-known works are his chamber works that exploit unique timbral characteristics and technical extensions of wind instruments. To date, his virtuosic Duo Sonata for clarinet and saxophone has received over 350 performances world-wide and is featured on five commercial recordings. His Sonata deus sax machina was one of the required pieces for finalists of the 2014 Adolphe Sax International Competition in Dinant, Belgium.

Gregory Wanamaker’s multimedia collaboration with Carrie Mae Weems, A Story Within a Story, was commissioned in 2011 by the Syracuse-based Society for New Music, and was supported in part by a National Endowment for the Arts 2011 Access to Artistic Excellence Grant. He also is the recipient of a 2012 Individual Artist Commission from The New York State Council on the Arts in addition to awards from ASCAP,  The National Association of Composers/USA and Britten-On-The-Bay.

Gregory also collaborates with director and writer, Garth Bardsley, with whom he has composed several substantial works. Their Adirondack Songs for chorus and large wind ensemble is available on Mark Records. Their recent work Laude!, for choir and orchestra, was premiered in December 2016 at the Crane School of Music in Potsdam, NY for broadcast on PBS affiliate stations.

His album Light and Shadows, Waves and Time features 21 musicians from around the globe in world premiere recordings of 8 of his recent chamber works. Released by Navona Records in April 2018, his music also appears on 10 other commercial labels including innova, Equilibrium, Albany, Centaur, Blue Griffin, Soundset, Mark Custom, White Pine, and Summit. He publishes his own music, which is available exclusively through this website at www.gregorywanamaker.com.

Wanamaker is currently Professor of Composition at the Crane School of Music at SUNY Potsdam where he has served since 1997. He studied composition with William Averitt, Thomas Albert, Anthony Branker and Ladislav Kubík. 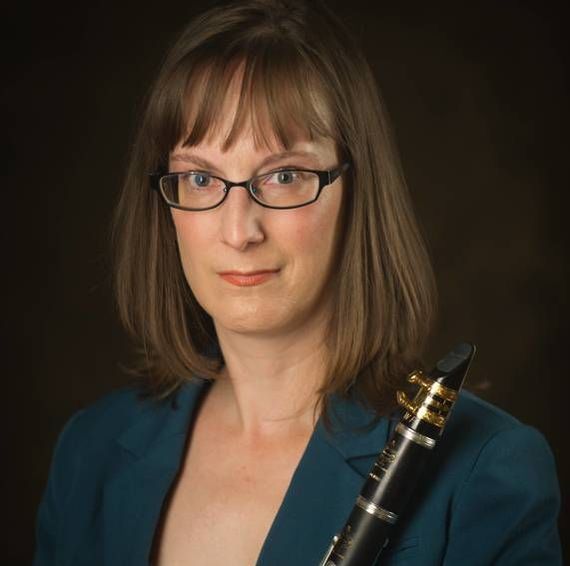 While completing a Doctor of Arts degree in clarinet performance at the University of Northern Colorado, Ms. Nancy G. Williams is teaching and performing in Rapid City, SD. Founder of Clarinet Madness Clarinet Choir and Carpe Clarinet Publishing, Williams is also a sought-after clinician and adjudicator. She has been a music educator for over twenty years with faculty positions at Northwestern College, Dordt College, and Sioux Falls College. Chosen to present her research “A Clarinetist’s Guide to Solo Eighteenth-Century Ornamentation” at the International Clarinet Association 2017 conference, she is currently working on a pedagogical method book about aural skill training and improvisation in clarinet music of the Classical Era.